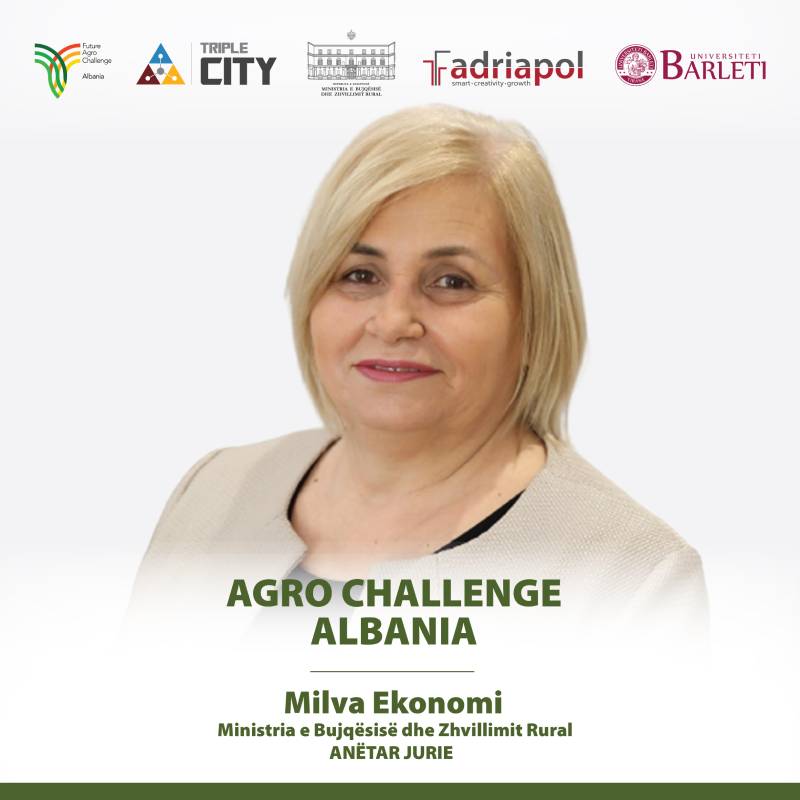 Triple City in the context of organizing the Future Agro Challenge Albania competition presents you with the members of the jury that will evaluate 15 startups in the agro sector on July 14, 2021 at the premises of Barleti University.

Mrs. Milva Ekonomi, Minister of Agriculture and Rural Development, who has a very long experience in various sectors of economy, being in charge of important managerial positions in public and private institutions.

She was the General Director of the Albanian Institute of Statistics during the period 1994-2005, performing a number of tasks related to the creation and functioning of official statistics of the country.

She has chaired the National Nomenclature Commission and has been a member of the Bureau of the European Statistics Conference CES / UN for two terms. In 2006, she was elected a member of the expert panel of the “PARIS 21” project (OECD), where she worked on linking official statistics with human rights. She contributed on this project until the end of December 2007.

During 2007-2008 she served as a key expert at the European Agency for Reconstruction (EAR) in Kosovo in the project “On Supporting the Statistical System and Preparing the Population Census in Kosovo”.

During 2013-2016 she held the position of Deputy Minister of Health, where she led some of the health reform initiatives.

In February 2016 she was appointed as Minister of Economic Development, Tourism, Trade and Entrepreneurship.